There is a constant violation of human rights of young people in Choluteca, Honduras and young human rights defenders are often exposed to violence and threats. In addition to this the local government fails to comply with the requirements of the Public Policy for the Integral Development of Youth. The project will through the civil society organisation CPTRT (with EHAPS - a network of Honduran psychologists) support and accompany the network of youth networks in the municipality of Choluteca (RAJUMCH) and strengthen their capacities in advocacy and psycho-social response and as such strengthen the position of RAJUMCH to achieve the desired impact that provides youth of Choluteca with real opportunities to improve their lives locally.

Violence is exorbitant with the number of homicides in Choluteca on the rise along with gang activities. Mainly young people are used for these illegal activities, putting them at risk. Human trafficking and commercial sexual exploitation, conditioned by the proximity of the borders with Nicaragua and El Salvador are also on the rise. This is a serious problem that young people face when they are caught by human trafficking networks since they are deceived by offering them job opportunities and in reality, they are sexually exploited, forcing them to do forced labor. This situation places them at greater risk of vulnerability to women, youth, girls, boys, among others, because they are border areas exposed to drug trafficking and trafficking networks between neighboring countries. With few job opportunities for young people and the need to seek other incomes, many are tempted to join gangs or are forced to migrate despite the enormous risks involved. This is in particularly the case for many young people who reside in Choluteca, the main city in the department of the same name in southern Honduras, one of the poorest in the country with few opportunities for young people. Different youth movements in the municipality of Choluteca are active in different political and social organizations and attempt to gain greater space in decision-making, nevertheless there is a constant violation of human rights of young people.

Nunca Más will by supporting processes leading to empowerment and protagonism of young women and men of Choluteca in the southern part of the country work towards the collective goal of strengthening democracy and respect for human rights in Honduras. The project will meet demands related to the protection and defence of their rights as legitimate actors before the state, training young people in political advocacy and promoting psychosocial interventions that strengthen physical, mental and emotional well-being of activists and their families. 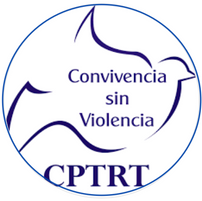